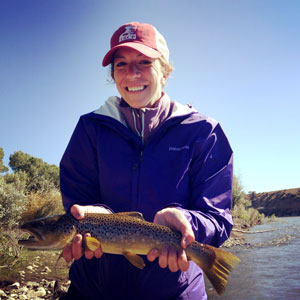 Jenni Henry has been with the TRCP since August 2013.

Henry has fifteen years of nonprofit fundraising experience in New York City, Chicago, and the D.C. area, most recently as the development director at Girls on the Run of Northern Virginia, where she was the sole manager of all fundraising campaigns for the organization (including corporate sponsor solicitation, individual giving programs, grantwriting, donor stewardship, and special events).

Originally from Vienna, Virginia, Henry graduated with her Bachelor’s degree from The College of William & Mary and her Master’s degree in Nonprofit Management from DePaul University. She has been an active member of the D.C. chapter of the Association of Fundraising Professionals since 2011.

In her spare time, Henry serves on the Restaurants Committee for Share Our Strength’s “Taste of the Nation” event, coaches a local Special Olympics swim team, and fundraises for and sings with a D.C.-area choir called Choralis. Henry also enjoys hiking, swimming, bike riding, playing recreational sports, cooking, and traveling.

View all posts by Jenni Henry